A Collective Human Effort: Mark Bergel and The National Plan to End Poverty

Mark Bergel is co-founder of The Shared Humanity Project and a member of the LGW Class of 2016. He has joined us for two Frontline Conversations, one in 2020 and another in 2021.

That’s how many people are living in poverty in the United States according to the federal government. But Mark Bergel will tell you that that number is much larger. Based on his calculations, there are more than 75 million people in this country who don’t earn enough to get by without assistance. And this massive undercounting is at the core of his National Plan to End Poverty. If we don’t have an accurate picture of how many are truly living in poverty – and what living in poverty really means – how can we even begin to offer solutions?

In 2001 Bergel founded A Wider Circle, a direct service organization intended to help those living in poverty through household support, workforce development, and neighborhood partnerships. As time went on though he found himself disillusioned by the lack of progress in the country as a whole and the limited impact he felt he was having. As helpful as the work was, and as much recognition as they received, he felt it was addressing the symptoms of an illness, not the disease itself. In 2020 he left A Wider Circle to form, along with economist Katherin Ross Phillips, The Shared Humanity Project, an organization committed to achieving economic stability for all through increased awareness and collective action. And so then was born their National Plan to End Poverty.

That 34 million number we mentioned earlier? It’s only the beginning of the misrepresentation of the state of poverty in our country. The poverty line employed by the federal government is startlingly inaccurate, neglecting to account for current spending patterns and geographic differences in costs of living. The Shared Humanity Project instead uses their own methodology to determine income standards and capture a more accurate picture of economic stability nationwide. And beyond that the interactive map on their website includes many other indicators of poverty – housing, healthcare, transportation, etc – to fully understand where we’re at as a nation, and where we need to begin the fight.

The National Plan is rooted in the role each individual plays in eradicating poverty; it’s not a government problem, or a political problem, it’s a human problem. The actions we take as humans, or as businesses or organizations, add up to the collective humanity that is, according to Bergel, the only way we can begin to achieve economic stability. He recognizes though that determining where to begin can seem an even insurmountable problem itself. Through the SHP’s website’s Action Guide users from all sectors, large businesses to single individuals, can learn how to act on a multitude of factors nationwide that contribute to poverty. Knowing where to start is often half the battle. 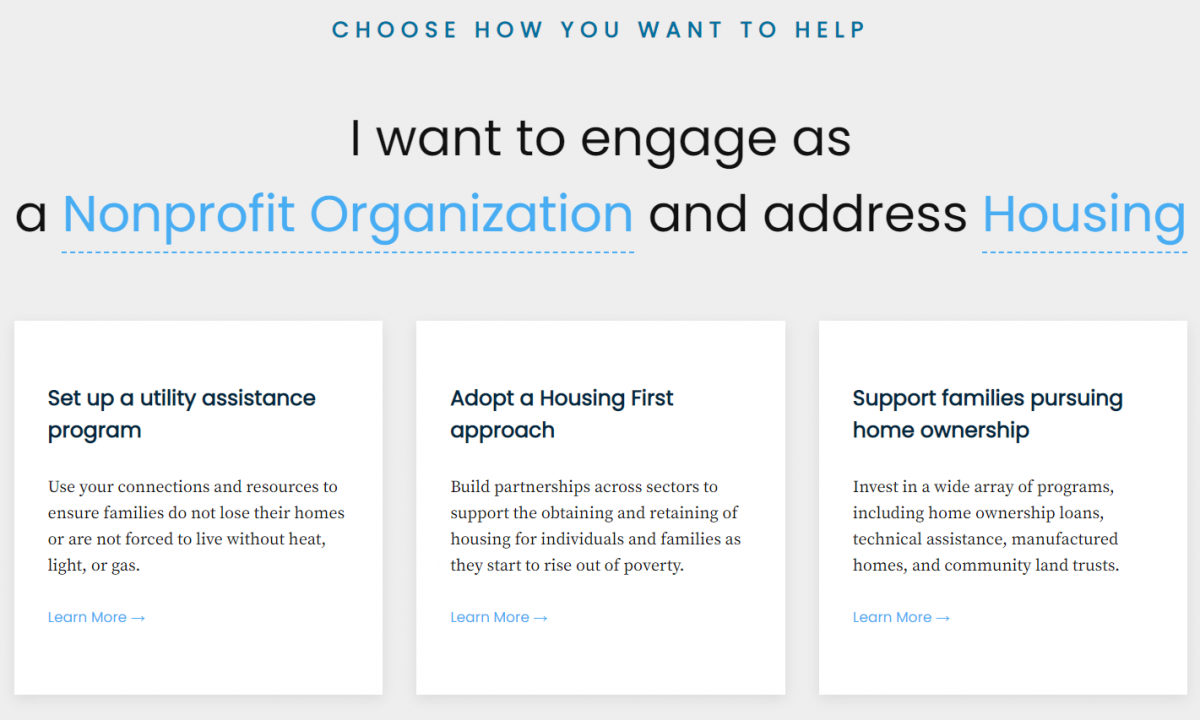 Achieving economic stability is in the end a collective effort, one that relies on collaboration. Through the sharing of lived experiences, ideas from others in the fight, and stories of success and challenge, the Shared Humanity Project provides opportunities for the community to inspire action and build on what has already been achieved. It’s this backbone of togetherness that connects Mark, and The Shared Humanity Project, to our mission at Leadership Greater Washington.

Mark will be the first to tell you that there is no quick fix to eradicating poverty. But he will also tell you that he’s impatient. The National Plan to End Poverty is focused on the present, and what we can do today to achieve economic stability. It’s a problem that will only get better through action, and The Shared Humanity Project is committed to providing a roadmap to make that happen. 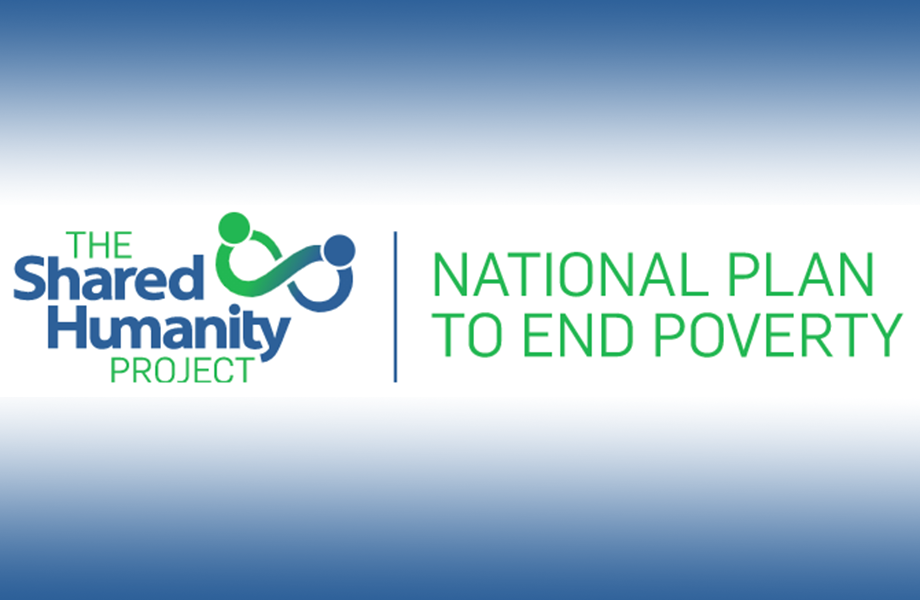