Catching Up With Howard Ross ('91)

Howard Ross is a lifelong social justice advocate and the Founding Partner of Cook Ross.

He is considered one of the world’s seminal thought leaders on identifying and addressing Unconscious Bias.  Howard has delivered programs in 47 states and over 40 other countries carrying out the work of Cook Ross. His audience has included hundreds of Fortune 500 companies and major institutions within healthcare, government, and non-profit sectors, in addition to a variety of other industries. Howard has served on numerous non-profit boards, including the Diversity Advisory Board of the Human Rights Campaign, the board of directors of the Dignity and Respect Campaign, and the board of the directors for the National Women’s Mentoring Network. Howard received his Bachelor of Arts in history and education from the University of Maryland and completed post-graduate work in leadership and management at Wheelock College.

How did you first become involved with Leadership Greater Washington and the Signature Program?
In 1990, I started doing consulting work professionally; I was relatively new in the field. One of my clients nominated me for the Class of 1991. In the early days, Members selected the incoming class by submitting names. I was young at the time, and I wasn’t sure I would get in. I was shocked but very excited to join the incoming class.
I loved the Signature Program from the start. Being a professional whose job it is to reassess and facilitate; I loved that the Signature experience was a facilitated program. At the time I was a sole practitioner operating my business on my own, and to have a whole community of people to tap into was incredible.

Why do you keep coming back to LGW, why do you stay with the organization?
I love Leadership Greater Washington. One reason I continue to come back to LGW is to give back to the organization all that I’ve received as a member. I’ve gotten so much in terms of relationships, professional exposure, and an opportunity to serve on the board of directors. I’ve met people who have later become clients and introduced me to clients, and its helped my business develop and grow over time.

As a result of my participation in LGW, I helped found Operation Understanding DC. Operation Understanding DC ‘s mission is to build a generation of African American and Jewish community leaders who promote respect, understanding, and cooperation while working to eradicate racism, anti-Semitism and all forms of discrimination.
I also gained deep personal relationships, even with members I don’t see all the time. During my nine-year tenure on the LGW Board of Directors, it was great to work side by side with some remarkable people. Over the years I’ve done about 18 of the Diversity and Inclusion program days. LGW allowed me to continue to be exposed to the class and continue to be witness to the forming of each unique class. The one last thing I will say is that LGW is one of the organizations that I know is the most committed to diversity and inclusion in everything that it does from choosing the class to programming, to input in designing the program. LGW honors diversity.

You’ve been a regular on Kojo Nnamdi’s show over the years, can you tell us more about your experience?
Kojo was in the 1998 class while I was a facilitator. That year we tapped into something special and ended up getting this powerhouse group, including Kojo, Tony Williams, Julianne Malveaux, Barry Campbell, Glenn Howard, and many others. I become an honorary member of the class and Kojo and I created a relationship after the program year ended.  When Hurricane Katrina happened in 2005, I wrote a blog about the impact of unconscious bias related to Hurricane Katrina. Kojo read my blog and invited me to come on his show and talk about it. A few months later, I got a call from Kojo and his producer asking me to go on his show and talk about race.  After that show, we had a conversation and expanded the idea into a special monthly show focused on diversity. We did that format for about 10 years.

How do you envision the future of the region? What about LGW’s role in that future?
I’ve just written my third book, “The Search for Belonging: How the need to connect is tearing us apart.” The permanent threat to our society is this increasing separation; the separation in our culture is more dangerous than any right or left side. LGW has the potential to be a bridging organization, to really help people lead and to really understand people in different parts of the community. LGW is a critical organization, cutting across and consciously building diversity in its membership. There can be some more conscious work done to reach across the political divide. The DC area is home to me and its always been home. I have no desire to live anywhere else. I love the commitment of people to the city of DC. I love the intersection of people of different races if you are willing to make that happen. 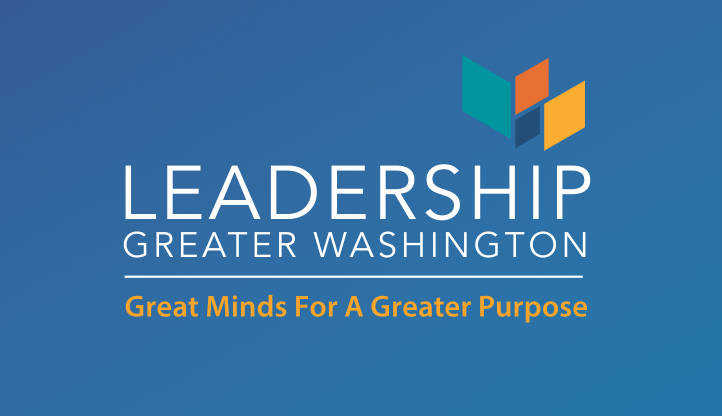