Connecting for a Common Cause - An LGW Impact Story

Restaurants, bars, live entertainment venues – these are what often come to mind as places that have been impacted by COVID-19. For many people, especially those without children, child care centers wouldn’t even come to mind. But in the first six months of the pandemic alone the industry shrank 20%, with nearly 200,000 child care workers losing their jobs. 20,000 child care centers have closed, according to the National Association for the Education of Young Children. In a survey of providers in the DC region, many were afraid they wouldn’t last the year.

Kate Bates, President & CEO of the Arlington Chamber of Commerce and graduate of LGW’s Class of 2020, sees the impact this shrinkage has had on her own county. “Access to child care is a critical need in Arlington,“ she notes, “and the pandemic has only exacerbated how much of a challenge finding child care is for parents, which has caused issues for parents, particularly women, to participate fully in our workforce.”

Even before the pandemic, like many places, Arlington County was facing a child care shortage of its own. Prior to a Child Care Initiative in 2018, there were only enough child care slots to serve 55% of children under the age of 5. Access to those slots differed greatly for children of color, low-income families, and families with limited English proficiency. It wasn’t just an economic issue. It was one of equity too.

Kate had originally met Tom Bartlett (’20) through his work with Boeing as Regional Corporate Social Responsibility Officer. They knew each other – but not well, she would add – before reconnecting as Signature Program Classmates. The child care issue was still a pressing one, and though the Arlington County Child Care Initiative was in full swing, Kate knew there was still room for improvement. Soon Kate found herself at a Member Dinner with Sara Gibson (’15), who was working with Tom at the organization they founded together, 20 Degrees. Their organization helps non-profits, small businesses and social enterprises unlock new forms of revenue. These connections would mark the beginning of the Early Childhood Financial Resiliency Accelerator.

In May of 2020, with support from the Richard E. and Nancy P. Marriott Foundation, 20 Degrees started a pilot program called the Financial Resiliency Accelerator. Aimed at helping a cohort of non-profit leaders and organizations gain the skills and resources to navigate the pandemic, and stay financially afloat, the pilot program proved to be a success. Sara and Tom saw this success as an opportunity to apply this format to other critically impacted industries. Leaning into experience they both had in the child care sector, 20 Degrees launched an early childhood focused resiliency cohort in Montgomery County specifically tailored to child care centers and in-home providers. “We were seeing the deep effects that child care providers were facing in the moment,” Tom says, “and had a hypothesis that our content could be of use to providers.”

The Montgomery County ECE cohort was a success, and Sara and Tom saw room to grow. They wanted to expand the reach of the program across the region. “We knew that the business community would need to play an important role in supporting the child care sector. We began to consider which entities would offer the best pathway to reach business owners and leaders,” said Tom. “Given the Chamber’s early childhood policy work, it seemed like a perfect fit and I felt like we could create a really powerful collaboration. So I picked up the phone and called Kate. And the rest, as they say, is history.”

But it wasn’t the only important piece. They also learned that just as much as child care providers needed help running their back office, they needed advocates in their corner too. “Early childhood providers are seeking a seat at the table to influence policy changes,” Sara says, speaking of the impact the first cohort had on her. And that’s where the partnership was especially useful. The Arlington Chamber is at heart an advocacy organization, and going back to their Child Care Initiative they had been fighting for child care providers to have agency and to remove barriers preventing them from making the best decisions for themselves.

The Financial Resiliency Accelerator directly connected providers with the Chamber’s advocacy work, allowing them to be heard and seen in a way they’d never been before. It also provided industry-tailored financial and business knowledge that, according to Tom, “better equipped them to determine which solutions worked best for them.” As an example he cites a provider that would want to expand child enrollment, and how sessions in the Accelerator would outline the steps to do that. In short, it made them more empowered and more successful business owners.

The first Arlington cohort of the Early Childhood Financial Resiliency Accelerator was by all accounts successful – 72% of participants felt more comfortable with their financial position in the next 6 months, and almost all were interested in continuing work with the Accelerator program. Many of them felt more connected to the child care community as a whole. Enrollment included 7 child care centers and 16 home-based care providers, an important distinction in bridging the gap of business acumen. Participants were provided a $150 stipend that, for many, was the final incentive needed to join the cohort in the midst of such a busy season.

Funding was provided by Amazon, who had begun building their HQ2 in the area and understood the importance of child care for a healthy workforce, and a grant from the PNC Foundation, led by another LGW member who invests in early childhood work, Sonia McCormick (’10). And 20 Degrees has since expanded its team with another LGW member, Erica Easter Young (‘15) who is now working alongside Tom and Sara to deliver the program to ECE providers. Erica’s role began with the Arlington Cohort and has expanded and formalized since that time. "I am excited to work with a group of business owners that provide such an important service to our communities,” Erica says. “Most businesses wouldn't be able to operate without their employees having solid child care, and I am proud to support this crucial industry.”

So what’s next? Kate, Sara, and Tom all see this as just the beginning. “What this cohort gave us,” Sara says, “was a different and more repeatable funding strategy… and a connectivity to a broader question of community.” There’s interest for more of the work in Arlington, and 20 Degrees will be offering other cohorts in Prince George’s County and Montgomery County. “We need a lot more because the data says we have enough child care for 55% of the need [in Arlington],” Sara continues, “so we have to build more.”

The genesis of the Early Childhood Financial Accelerator is about connections. Connections between the LGW members that made the program happen. Connections between providers and the resources offered by the Arlington Chamber and 20 Degrees. Connections between the providers to each other and the larger child care community. Building positive community change isn’t easy, but it’s a lot easier when you have a network of like-minded individuals united towards a common goal. As Sara says, “there is nothing more vulnerable and important than figuring out how to take big risks in new ways for parts of the community that we have a chance to do right by.” For them, that community was child care providers, and the risks are already starting to pay off. 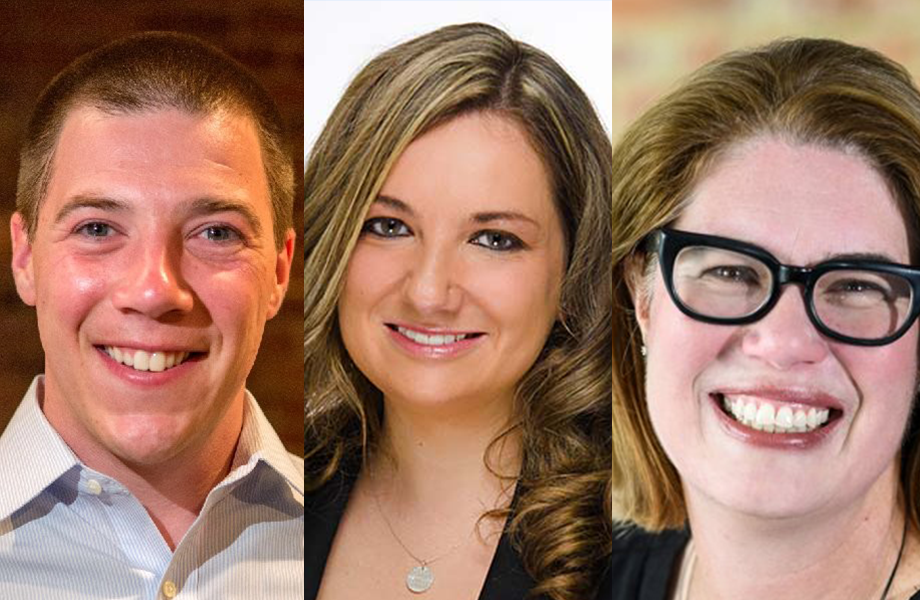