Debbi Jarvis –  a graduate of the Class of 2009, and incoming LGW Board Member, comes from a legacy of leadership, spanning over 25 years of LGW members.

A former news anchor and reporter with NBC4, Debbi transitioned into communications leadership positions and serves as the Vice President of Corporate Relations for Pepco, An Exelon Company.  Debbi’s focus at Pepco is in the nonprofit sector, and she currently serves on ten nonprofit boards.  The Washington Business Journal has recognized her as part of the distinguished group of “Women Who Mean Business” and as a Minority Business Leader.

Tell us a little bit of info about your family, including significant accomplishments, your current endeavors, and involvement in the region.

My cousin Betty Hewlett was the first member of the Jarvis family to graduate from LGW in the Class of ’91. She currently serves as Chairman of the Prince George’s County Planning Board and has been recognized as one of the Region’s “100 Most Powerful Women” by the Washingtonian Magazine, and “Top 100 Women in Maryland” and “Most Influential Marylanders” by The Daily Record.

My mother-in-law, Dr. Charlene Drew Jarvis and the matriarch of the family, was a member of the LGW Class of ‘92.  She has served the District of Columbia as Ward 4 Councilmember for more than 20 years and was named Washingtonian of the Year.

Transitioning to the men in our family, my husband Ernest Drew Jarvis is also an LGW graduate- Class of 2000. Ernie has been engaged in the region for many years serving on a number of boards and has remained committed to sustaining successful relationships with the community and influential business leaders.  Ernie’s cousin, William (“Billy”) Jarvis is a graduate of the Class of 2002 and is the Executive Vice President for Lockhart Companies Incorporated.

Last but certainly not least, my eldest son, E.J. is a rising Junior at the Maret School and a recent graduate of the YLGW Class of 2017.  The youngest member of the Jarvis clan is 15-year-old Jake, who will be applying to the 2018 class of Youth Leadership Greater Washington.

How did your family first become involved with LGW and its programs and what was it like to support your family member(s) through their LGW journey?

Betty Hewlett practiced law with the Hon. Wayne K. Curry as he was participating in the very 1st LGW Class in 1987 ‘We Came First.' According to Betty, Wayne was an enthusiastic participant and always returned to the office all the more invigorated.  A few years later, at the urging of Greg Gill, Esq & Manny Geraldo, Esq (’90), along with Wayne, Betty applied and was accepted. At the time, there weren’t that many class members from Prince George’s County, so her participation added something special to the group. Betty’s class established the Youth Leadership Greater Washington program and is quite pleased that two of her young cousins are taking advantage of this leadership opportunity. Seeing my son, E.J.’s enthusiasm for YLGW reinforces for me the positive and lasting impact that Leadership Greater Washington has had on my family.

My mother-in-law, Charlene, joined the LGW Class of ’92 the following year. She was inspired to become involved by both the late John Tydings and former LGW Board Chair, Barbara Blum.   Watching her participation in LGW encouraged my husband and me to also join because of our respective roles and leadership in the business community.
My husband Ernie, Class of 2000, would come home from his LGW Class Day and share how exciting his experience was. I saw the special relationship he had with those from his class, and I just knew LGW was in my future. I later experienced that same special bond with my classmates that will always be there. Not long after, Billy also decided to follow in the footsteps of family members into the LGW program, joining the Class of 2002. Our family was there to provide Billy with support and counsel while he was in the program.

How has leadership as a topic of focus come up in your family dynamic - is a topic you regularly discuss?

In our family, leadership is always a topic of conversation. My mother-in-law Charlene has always encouraged my children to view themselves as emerging leaders. There’s not a family gathering that doesn’t include a conversation or two about what’s going on in the District of Columbia, how the city is being managed (i.e., led), who is doing so, and what our (the Jarvis family’s) involvement should be.

How has LGW helped you grow in your understanding of where the region is, and where it is going?

LGW has helped me gain a better understanding of the perspectives and values of our neighbors – Maryland and Virginia – and the individuals who lead businesses, organizations, and governments in those jurisdictions. The excursions are a memorable highlight in the program. Being able to see, touch and feel the other jurisdictions and get a more accurate sense of their challenges, successes, opportunities, and people. For our long-term health and well-being, it is important that the DMV is not provincial but rather regional in our outlook.

What are your hopes for the region’s future, and how are you supporting that vision?

We are better and stronger when we think and act regionally.  For that reason, an organization such as LGW, which routinely fosters relationships and collaborations among the region’s leadership, is vital. LGW has been a catalyst in helping to provide a framework for anyone interested in contributing to the augmentation of the region.

What has LGW come to mean to you now, both individually, but also as a family unit?

Leadership Greater Washington represents cherished memories. It was an incredible experience which enhanced each member’s growth as a leader and as an individual, and it enabled us all to have a greater impact in many ways. As part of a family that has made a commitment to this region, and has recognized the value of LGW, we are proud of each member of the family who has graduated from this program. 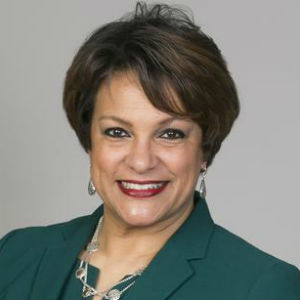