Joe Gardemal is a Managing Director in the Washington, DC office of Alvarez & Marsal, an international business consulting firm with 53 offices in 18 countries around the world. Mr. Gardemal leads a team of Certified Public Accountants and finance experts who conduct forensic accounting investigations and perform damages analysis with a focus on action and results.

His clients include leading aerospace and defense companies, auto manufacturers, financial institutions, and government agencies.  He joined Alvarez & Marsal in 2006 after a nearly 20-year career as an auditor, government agency Chief Fiscal Officer, and forensic accounting and damages expert.

Mr. Gardemal received a Bachelor of Business Administration in Accounting from Loyola University, New Orleans, and is a Certified Public Accountant. He is also a graduate of the Combined Arms and Services Staff School at the U.S. Army Command and General Staff College. He and his wife, Pooja Gardemal, live in Darnestown, Maryland with their three children, Joseph, Trevor, and Rohan.

Can you give us some background or insight into your personal leadership path – including your sources of inspiration and most important lessons learned?

My father served in the Army for over 30 years and, from my earliest years, I always gravitated toward military service. I joined the Army as a private in 1986 and received my commission through ROTC in 1988. Most of the leadership lessons that I’ve learned came from men and women with whom I served for nearly 20 years. Some were the greatest military leaders of our time, like Secretary of Defense Jim Mattis, who was my Division commander when I served in Iraq in 2003. The greatest leaders I’ve worked with, have always been students of their profession, whether as Soldiers or as accountants. They are continually learning and improving. More importantly, they put others first, and they always inspire, never demean. They teach, mentor, and help others grow and find meaning in their work. They pass on what they’ve learned.

How did you first become involved with Leadership Greater Washington and the Signature Program?

In 1998, I came to Washington from New Orleans, where I grew up. In New Orleans I was very involved in the community, serving as the Treasurer and Vice President of the Krewe of Orpheus, one of the largest Mardi Gras organizations in the city, and with a number of other organizations. In Washington, I spent my first years focused on my profession and on raising my two older sons, so had less time to engage with the larger community. Fortunately, one day in 2008 or so I was speaking with June Kress, an LGW member and then Executive Director of The Council for Court Excellence where I served as a board member, and she told me about LGW and the connections and opportunities for service that she experienced as a class member. June quickly hooked me, and I applied for the next class year.

How would you describe LGW - the alumni, leadership, staff, and overall mission of the organization?

As Secretary Mattis said in a recent interview, “If you can help the larger community in the world, you won’t be lying on a psychiatrist’s couch when you’re 45-years-old wondering what you did with your life.” That, to me, is the essence of LGW. Our organization and its incredible staff connect people around the region every day – people who would not necessarily know each other had they not joined LGW. LGW helps all of its members get out into the larger community and make it a better place.

Your son is a member of the Youth Leadership Greater Washington Class of 2017. How was it watching him go through the YLGW Program? What insights did he have as a young leader in the region?

My son, Joseph, is a Junior at Churchill High School in Potomac. He has always shown himself to be a natural leader, and he jumped at the chance to apply for YLGW.  During the course of the program, he learned that young people from across the DC area have the same hopes and dreams and are, despite the conventional wisdom, not at all different from each other. He and his classmates talked about the polarization that we face as a country and the fact that, at the end of the day, most of us want the same things – peace, economic opportunity, and a chance to contribute. Talking to each other and getting to know the perspectives of others is the key.

Can you describe a truly special LGW Moment from your experience - a connection you made, something you pursued because of LGW, or a distinctive memory?

The most special moments of my LGW experience – so far – occurred during my Signature Program Class of 2009 Inclusiveness and Equity Days. Our class members spent those two days openly sharing the challenges that they faced – and have overcome – and having truly frank discussions about race, gender, economic and education status, and many, many things that aren’t discussed in your typical dinner conversation – if ever. My experience on those two days committed me to LGW for life.

How do you envision the future of the region? What about LGW’s role in that future?

The region is blessed with so many talented people and an enormous amount of economic opportunity. Unfortunately, we generally fail to act regionally but instead work for local short-term interests. Everyone who lives in the suburbs and works in the city knows that this lack of cooperation, particularly with our transportation infrastructure, makes the area much less attractive. Unless we can overcome short-term self-interest for the greater good in this critical area, I think that Northern Virginia, Maryland, and the District will continue to grow further apart. LGW is in a perfect position to help us develop a more regional view – not from an institutional perspective – there are a number of organizations that work to that end – but from an individual, one on one perspective.

How do your efforts and leadership at your current organization impact the future of the Greater Washington region?

At Alvarez & Marsal here in DC, we have over 120 people who focus on improving the performance of for-profit, non-profit, and government entities. For example, we worked to improve the local schools by assisting the DC Government in identifying instances of possible cheating on standardized tests across the public and charter school system. We are also working with a local government agency to determine the best approach to the development of excess property. In addition, Alvarez & Marsal’s investment arm owns a company that employs over 9,000 people - 600 of whom work in the Greater Washington area.

Please tell us something most people might not know about you.

I was in Baghdad on April 9, 2003, when the statue of Saddam Hussein came down. I commanded a U.S. Army Tactical Psychological Operations unit attached to the 1st Marine Division. We crossed the border from Kuwait on the first day of the war and fought our way to Baghdad less than three weeks later. One of the young soldiers who served with me, Corporal Rega, had the honor of appearing on the April 21, 2003, cover of Newsweek (being kissed by a jubilant Iraqi man) under the headline Freedom! 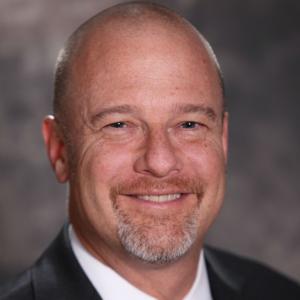