"I envision DC, MD, and VA working together, it will drive creativity, productivity, and prosperity if we can achieve that unity." -Victor Hoskins ('16)

Victor Hoskins currently serves as the Director of Economic Development for Arlington County. He brings more than 25 years of experience in economic and real estate development.
Mr. Hoskins came to Arlington from Prince George’s County Maryland, where he was the Deputy Chief Administrator for Economic Development and Public Infrastructure.  Previously, Mr. Hoskins served as Deputy Mayor for Planning and Economic Development for Washington, D.C., where his achievements included the creation of 52,600 jobs through public-private partnership projects and the groundbreaking and/or completion of 87 commercial/retail/hotel/residential projects totaling $7.5 billion in investment in just 3 ½ years.  These projects included the Southwest Waterfront Project, City Center and City Market at O Street.  On the international side, he opened the Maryland China office in 1996 and Washington, DC China Office in 2012. Earlier in his career, Mr. Hoskins worked for a Wall Street Private Real Estate Equity Firm and in Private Real Estate Development. Mr. Hoskins holds a Master’s degree in City Planning: Real Estate Finance/ Economic Development from Massachusetts Institute of Technology (MIT) and a Bachelor of Arts, Cum Laude: Psychology/Urban Studies from Dartmouth College. He also studied Development Finance at Harvard University’s Kennedy School of Government.

Can you give us some background or insight into your personal leadership path – including your sources of inspiration and most important lessons learned?
I began my life on the Southside of Chicago, in less than perfect circumstances.  When two of my brothers went to college on scholarships, I realized that where you start is not where you will end up. The leadership lesson was: “Your circumstances do not dictate your future, your imagination and determination do.”  That changed my family’s life trajectory forever.
My inspiration outside of the home as a young man came from Dr. Martin Luther King, Robert Kennedy, and President John F. Kennedy.  They spoke of a future that I wanted to be part of even as a young child: landing on the moon, dreaming of equal rights and opportunity for everyone and making a difference in the lives of those less fortunate.  Though we were not wealthy, thinking of sharing what we had was not just an idea, it was a way of life.  My greatest inspiration at home was my Mother who was diligent and generous beyond measure.  Moreover, my oldest brother who seemed to know how to pursue and land opportunities that were unimaginable when we were children.  Both of them work harder than anyone around them, and both pushed for a level of excellence in line with their God-given gifts.   They led by example and always thought of others before themselves.  They had and still have a “Leadership Heart of Service.”

How did you first become involved with Leadership Greater Washington and the Signature Program?
Lyles Carr had asked me to consider being part of the Leadership Greater Washington Signature Class in 2014 while I was serving as Deputy Mayor of Economic Development for Washington, DC.  However, time constraints with projects, as well as extensive national and international travel prevented me from joining until the signature program of 2016.
How would you describe LGW - the alumni, leadership, staff, and overall mission of the organization?
LGW Alumni tend to be the kind of people you want to work with because they get things done.  They are motivated by their love of their community, profession, and industry sector.  When you speak to them, you can hear the voice of change and feel the energy of forward momentum.  In terms of leadership, they range from CEOs of Banking to Mayors of cities all with the same Mission: to make the Washington Region the greatest region in the nation.

What inspired you to join the LGW Board of Directors?
After the Signature Class was over, I wanted to continue the mission to promote regional cooperation, particularly in my profession Economic Development and my related industry sector Real Estate Development and Finance.   I felt getting closer to the center of the organization and governance of the organization would give me a chance to expand this mission to include others that I heard speak of the same regional challenge.

Can you describe a truly special LGW Moment from your experience - a connection you made, something you pursued because of LGW, or a distinctive memory?
There have been many instances where I had a truly special LGW Moment where I connected to one of my Classmates.  I am currently serving on the Advisory Board of the Special Olympics of Washington DC as the result of a conversation about my Autistic Nephew who received a Blessing from the Rhode Island Special Olympics.  I have discovered from a single conversation in LGW you can impact many lives.

How do you envision the future of the region? What about LGW’s role in that future?
I envision DC, MD and VA working together as one to diversify the economic base, educate and employ our workforce and house people in the manner in which we would help house our parents, brothers, sisters, and cousins.  It may sound idealistic, but I believe it will drive creativity, productivity, and prosperity if we can achieve that unity.  I look at the complexity of the United States: states, cities, counties, towns, townships, unincorporated county areas, neighborhoods, communities, villages and many other forms of governing bodies all functioning under one Federal Government.  As a nation, I feel that we have no equal when we are unified.

How do your efforts and leadership at your current organization impact the future of the Greater Washington region?
This month I will be serving on a panel with leaders from DC, Deputy Mayor Brian Kenner, and other leaders from Virginia to discuss the challenges and opportunities of “Unifying the Region.”  In my role as Director of Arlington Economic Development, I can combine my local work with my regional work and reach the most important people that can make a difference in the unification mission for our region.  My vision is for a United Greater Washington Region.  I believe we are closer today and have a greater chance of succeeding than ever before.  In December we will continue this conversation at an LGW Member Salon that Brian and I are co-hosting on K Street.  It should be a lively discussion and lead to what I hope are pragmatic solutions.

Please tell us something most people might not know about you.
I am a fusion jazz music and old movie enthusiast. My musical collection ranges from Chic Corea to Pat Matheny, from Jaco Pastorius to Narada Michael Walden.   Of course, George Duke and Miles Davis are central parts of my music collection.  In addition, my wife and I have an enormous collection of movies from the 1930s and 1940s.  Romantic Comedies and Detective Mysteries make up the majority of our movie collection. 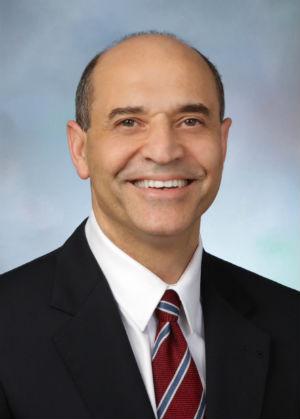