Andy Ockershausen is one of the Founders of Leadership Greater Washington. Currently the VP of Development at Best Bark Communications, Mr. Ockershausen has managed several of the top stations in Washington, DC, including WMAL Radio, WMAL TV, WJLA and Channel 50, and spent more than two decades at NBCUniversal/Comcast Sports Net.

Outside of his esteemed professional career, he has served as a director of the Greater Washington Board of Trade for four decades. Andy has received numerous awards over the years including Washingtonian of the Year in 1995, and is a recipient of the Silver Circle Award from the National Academy of Television Arts and Sciences, just to name a few.

Thank you for taking the time to speak with us today. As one of the Founders of LGW, can you walk us through the origins of Leadership Greater Washington and the process behind launching this distinguished organization?

As I recall, it was partly an effort of the Greater Washington Board of Trade. Spearheaded by, Barbara Blum, she was inspired by a leadership organization in Atlanta. The LGW concept was introduced as a training ground for future leaders in the Greater Washington region. Steve Harlan, from the Board of Trade, decided to get a group of regional leaders together for the first LGW Class in 1986.

LGW was born out of collaboration and a combination of ideas. Initially, when launching the first class, there were a lot of questions because a program like LGW hadn’t been done in the region. It was difficult to get the first class going. We tried to assemble diverse people in the region to join the first class without knowing the outcomes, but once we were able to get the organization off the ground, Leadership Greater Washington truly became something special. We also provided some funds to assist specific members with the participation fee. The scholarship program still exists today.

The first class was fascinating, and by the end of the year, everyone was very bonded and so happy. The first class is still involved as lifelong, devoted members to this day.

How has Leadership Greater Washington changed over time? What have you observed in terms of growth or development?

My greatest impression of LGW is the enthusiasm. I can remember, throughout the years, interacting with various classes at events and attending graduation ceremonies. I’ve never seen a more energetic group of people than LGW Members.

Can you give us some background or insight into your personal leadership path – including your sources of inspiration and most important lessons learned?

Here are the three most important lessons in business:

Congratulations on the success of your podcast “Our Town.” What was the inspiration behind the podcast and who are some of your most memorable guests?

The podcast was something that just came together. Previously I did a television show for Channel 50 about sports and life in the region. A few years ago, my wife suggested that we transition the television series to the podcast platform and call it “Our Town.”

People want to talk about our town and our city. The list of guests we’ve had is unbelievable. We’ve done about 100 episodes, and we are going to do more, the interest is great and it’s gotten better over time.

We recently did an interview with Jim Vance a few months before his passing; he was so great and so enthusiastic.  It’s a historical document to have one of his final interviews. Other memorable guests include Sportscaster “JB” James Brown; I knew him from when he worked for Xerox. Donald Graham, of the Washington Post, was also a guest. I really enjoyed that interview.

What do you love most about the region?

I’m a third generation Washingtonian. The life of the region is so vibrant, and we have so much beauty in DC. I love so many things about our town; from the sunset on the Potomac River, to the beauty of our parks and our streets. The region is changing every day. People don’t see our town because they drive through it. My advice is, park the car and walk around; you’ll be surprised at what you'll find.

How do you envision the future of Greater Washington? What advice do you have for emerging leaders in the region?

I received a lot of feedback in the early stages of launching LGW.  It was important for the region and our future that these new LGW members came together and joined forces for what’s beneficial for Greater Washington. I’ve met so many interesting people over the years. As a leader, I know that it takes collaboration and diversity, people working together for the good of the region. Our town is not just Washington DC; it’s suburban Maryland, it’s Northern Virginia, its Anne Arundel County, it’s Vienna, Lorton, and Mount Vernon. The Greater Washington area is a wonderful place.

That’s a tough question. Most people who know me, know that I’m an open book.  I have no secrets.

Visit the “Our Town” podcast to enjoy conversations with some of the most influential leaders in the region.

LGW Members who have been previous guests include: 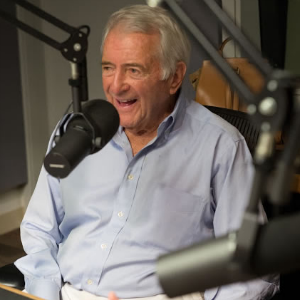