“We’re both suckers for a good cause and a good story.”

To many passersby, Liz Norton (‘16) and Malachi Byrd might seem an unlikely coffee date. The middle-aged filmmaker and young rapper don’t just come from different parts of the city, they come from different worlds. Despite their differences, their first coffee was anything but awkward. Because Liz and Malachi share something far more powerful than any difference. Or, rather, someone: Perry Hooks (‘13).

Liz, Executive Director of Stone Soup Films, first met Perry, co-founder of Hooks Book Events, 4 years before that coffee date -- but really connected nearly a thousand miles south. During a five-day, LGW sponsored Civil Rights Tour, the two women forged a deep friendship. As they explored sites like the National Civil Rights Museum at the Lorraine Motel in Memphis and the 16th Street Baptist Church in Birmingham, they discovered in each other a kindred spirit. Someone who knows how to get stuff done. Someone who always shows up early. Someone you can count on. And most importantly, someone who wants to help make the world a better place.

As Liz says, “We’re both suckers for a good cause and a good story.”

A few years later, they found both in Tony Jack’s book, Privileged Poor, an unflinching look at how and why disadvantaged students struggle at elite colleges. Through Hooks Books, Perry was producing an event for the author. Coincidentally, Liz had just heard him on the radio. Over lunch, they struck on the subject of Privileged Poor, and within minutes were brainstorming how to tell this story from the perspective of the DC region, bringing their joint expertise and passion to bear on the idea.

With Liz’s extensive background as a DC filmmaker, she felt strongly that she could help elevate this story, so Perry first connected Liz with Tony Jack. And then she connected her to Malachi Byrd. Malachi, a gifted young student and rapper who Perry had met through her work with an adult charter school, was struggling through his third year at Princeton. Unprepared and unsupported, he was on the brink of failing out.

At their first meeting over coffee, initially all Liz and Malachi had in common was their shared admiration of Perry. So they started there. Three hours later, they’d covered racial injustice, the feeling of being “other”, Malachi’s not feeling like he belonged at Princeton, and his inability to pass the freshman writing seminar because he’d never had to write a paper before.

But one big factor stood out to Liz: Malachi worked two jobs while trying to attend to all of his class work and connect with the student community. Liz saw a way she could help. She arranged to film Malachi’s story and set up a GoFundMe site to raise two year’s worth of living expenses so Malachi could focus on his studies.

Three weeks later, she surprised Malachi with an initial edit of the video. He couldn’t believe she’d actually followed through. Gotten stuff done. Been someone he could count on. They combined their storytelling talents to further craft the narrative, telling not just Malachi’s story, but that of so many other first-generation students struggling at elite schools.

Within three weeks of going live, the GoFundMe effort raised $10,157 from more than 30 donors. Today, Malachi isn’t just thriving as a rising Senior at Princeton, he’s thriving at home -- having been named DC’s first Youth Poet Laureate. And he and Liz remain creative collaborators, continuing to explore how to help a larger audience both understand and address the many challenges faced by first generation college students. Perry is also staying involved with this effort.

Like so many LGW members, Perry and Liz don’t just know how to show up and follow through. They know how to reach across historical divides to pursue shared solutions. And whether they are participating in Civil Rights Programming or a Happy Hour, Liz and Perry think of themselves as “atoms bumping together” in the DC community – continuing to show up in the LGW world to bounce ideas off of each other and the hundreds of other LGW members looking to shape the future of our region. 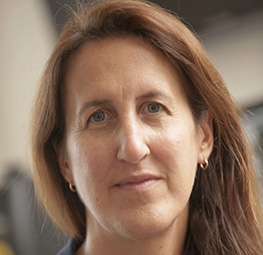