Howard Ross (’91) is a lifelong social justice advocate and one of the world’s seminal thought leaders on addressing unconscious bias. At LGW, he is a past board chair, the current facilitator of the Signature Program, and co-facilitator of our Anti-Racist Leadership Series.

We sat down with Howard to ask him to share his story, so we can better understand what motivates his work, and asked him to share 4 things leaders can do to overcome the detrimental forces of unconscious bias.

Can you tell us about your backstory and how you got involved in this work? How did your experiences shape your trajectory?

The truth is that it started before I was born. We know that 43 members of our family died on August 2 and 3 of 1942 when the Nazis basically eliminated the village that my grandfather grew up in in the Ukraine. I was born in January of 1951 in the shadow of that. Like a lot of families, my parents were Depression kids. So, they were very focused on survival; making sure their kids got to college. It skipped a generation, but in my generation, for my two sisters and I, social justice work became the family business. My older sister became an immigration lawyer, and she was one of the nation’s leading immigration lawyers until she retired. My younger sister was a fundraiser for the Children’s Defense Fund for many years.

I think I went to my first civil rights meeting when I was 16 or 17 years old and got involved in doing work for the Farm Workers Union, organizing picket lines on the east coast, and being an activist in the anti-war movement. My first job out of school was as a teacher, and then the school administrator of a private school. That got me interested in organizational change, because I tripled the size of the school and didn’t know how the hell to make it work. Then, the two things came together in the mid-80s when my social-justice work started to show up in organizations as they started to do diversity work. It took on a life of its own. I like to say that I found a way to do what I love and to get paid for it.

The truth is, when I started doing it, I assumed what I was doing was taking a vow of poverty. As it turned out I was able to make a very good living and employ a lot of people and I feel very fortunate for that.

How did LGW help shape your trajectory?

When I did the LGW program in 1991, I signed up to go to Anacostia for housing day. I think I was the only white person who was in the group that day. I remember the kids looking at me like I was a zoo animal. I asked the person leading the program what was going on and he said, “you’re probably the only white man they have ever seen that’s not a policeman.” For me, that is one of the great things about Leadership Greater Washington - to see firsthand how the region knits together and how interdependent we are. The DC region is funny in that way because some people act like crossing the Potomac river is like crossing the Atlantic Ocean.

I went through the program in 1991, that was 30 years ago. I had just started my company in 1989. I had been consulting for a few years before I started Cook Ross. I was a single parent. I had some connections in the community but not many. Mind you I was in the fifth Class. There were not a lot of people who had done it. I signed up for it, and never thought I would get in. I was thinking that I was just a kid in my business and these people will be much more advanced than I. But I got in.

It was an extraordinary opportunity to learn more about the region, and the structures of government. There were parts of the community that I had known well from my life experience. I had worked in Northeast and Silver Spring and at Morton’s, which was a Black department store. I was one of the only white people working there so I had some experience, but this was a whole different experience, getting to know people across all ranges. We had people in there like the late Robert Anthony Snow (’91) who at the time was the first speechwriter for the first President Bush. He went on to become a Fox broadcaster. It was quite a remarkable experience.

After the Class year was over, there wasn’t much going on in those days. But in 1993, there was an upheaval within LGW. It was being seen as an insider’s organization. I knew Del Lewis at the time. He asked me to do some interviewing to see how I might be able to help with that. This is when they asked me to do the diversity sessions because they were having trouble with these. I think it was Howard W. Stone Jr (’96) and his group who had a massive mutiny. So, they called and asked if I could come in the next day because they had a disaster. I started doing those, and in 1997 when C.E. Andrews (’87) was the chair, he was the first one who asked me if I would be willing to come in and facilitate the Class session. Then Marie Johns (’93) became the chair and she asked me to do it the following year.

In those days, if you were the Class facilitator you were automatically on the Board. So that got me on the board, which led to me being Chair-elect and then Chair. From there, it has been a lifelong love affair.

When I sold my company, Cook Ross, back in 2018, and I thought things were slowing down some, so I told Doug I really wanted to contribute because I so appreciate Leadership Greater Washington and everything it has done for me. Little did we know it would expand in the way it has. The business is one dimension, but the other dimension is friendship. In the early days I started an advisory board for my company and who was on that board? Garry Curtis (’89) and Myra Peabody Gossens (’87). They among the first two people I called. Both of them had run companies and both were close to the same size-wise. They were enormously helpful. Lyles Carr  (’87) was always so helpful for me to bounce ideas off of. At one point I went through some difficulties with my staff, and LGW members helped me become a better leader. I was at an LGW meeting with Bob Rosen (’95) and we sat together and had a conversation that had a profound impact on me. Those are the things that are most important, rather than the direct business. It has been the fellowship, the willingness to make connections and share ideas.

What are four things leaders can do to conquer the negative consequences of unconscious bias (strategies, practices)?

You've done a lot of work in this space internationally. What are some of the unique differences in advancing inclusion in the US vs. other nations? How are viewpoints different?

There are a lot of commonalities. I think one of the reasons our work was so successful is because the work on the mind, the consciousness work, is universal. Everyone has a brain and generally speaking, brains work the way they work. There is something out in the world, your brain looks into its memory center and says, ‘what does this remind me of?’ and tells us how to react to that. It is obviously for survival. It is like walking across the floor: why do we not think about every step and worry that we are going to fall? Well, we have done it so many times that we have learned to trust the floor. Where it is different is in two fundamental ways: culture and content.

If you go into Northern Europe, race isn’t the prime issue. It is multiculturalism. Race still shows up, but it is not the source issue. In Northern Europe, they were interested in gender dynamics more than race dynamics because up until 20-30 years ago Northern Europe was white. There weren’t any significant number of communities of color. So content is an issue. You have to pay attention to the dynamics. When I was in Ireland, they had religious differences there. When I was working in Denmark or Sweden the issues were more about immigration. When I was working in Japan, almost any type of heterogeneity was an issue. It wasn’t around race as much as it was around difference; people who were seen as different and not a part of the Archipelago. We can’t just assume that we can come in and talk about race the way we would in the United States because the fundamental diversity and inclusion movement in the United States comes out of the civil rights movement, so it is very grounded in US history.

The second place is the culture. If I was doing work in Switzerland or Germany, some of the work I do around the affected side, exploring how people are feeling, will cause people to object and say they feel like we are wasting time. They will ask to get right to the business. But if you are doing work in Latin America it is completely different. You can talk about the unconscious mind in India and there is an instantaneous understanding because of the practice of mediation. It is a combination of content and culture, understanding what is going to resonate with people and then understanding the style in which to deliver it.

I remember, we did a project with Tyco and they did a rollout in 18 countries and we had to design the content to fit each culture. All of those learnings were incredibly powerful because that same learning is true when you are traveling in another country or interacting with someone from another country. I know when I am dealing with people from different cultures that they are going to have more of an inclination towards valuing one thing over another.

I like to think that one of the great gifts of a good facilitator is translation. I like to treat people like adults. We just go right to the source of the issue and deal with it. For example, when we encounter intense issues during the Signature Program or Anti-Racist Leadership Series, we just stop right there ask the participants to address it, and then either the issue gets resolved, or we know we have to set up some time to give it the listening it deserves.

Howard Ross is a lifelong social justice advocate, the founder of Cook Ross, and the founder of Udarta Consulting, LLC. He is considered one of the world’s seminal thought leaders on identifying and addressing Unconscious Bias. To learn more about Howard you can read his full bio here.

We are offering a second iteration of the first Anti-Racist Leadership series for new participants from January-June of 2021. Details and registration can be found here. 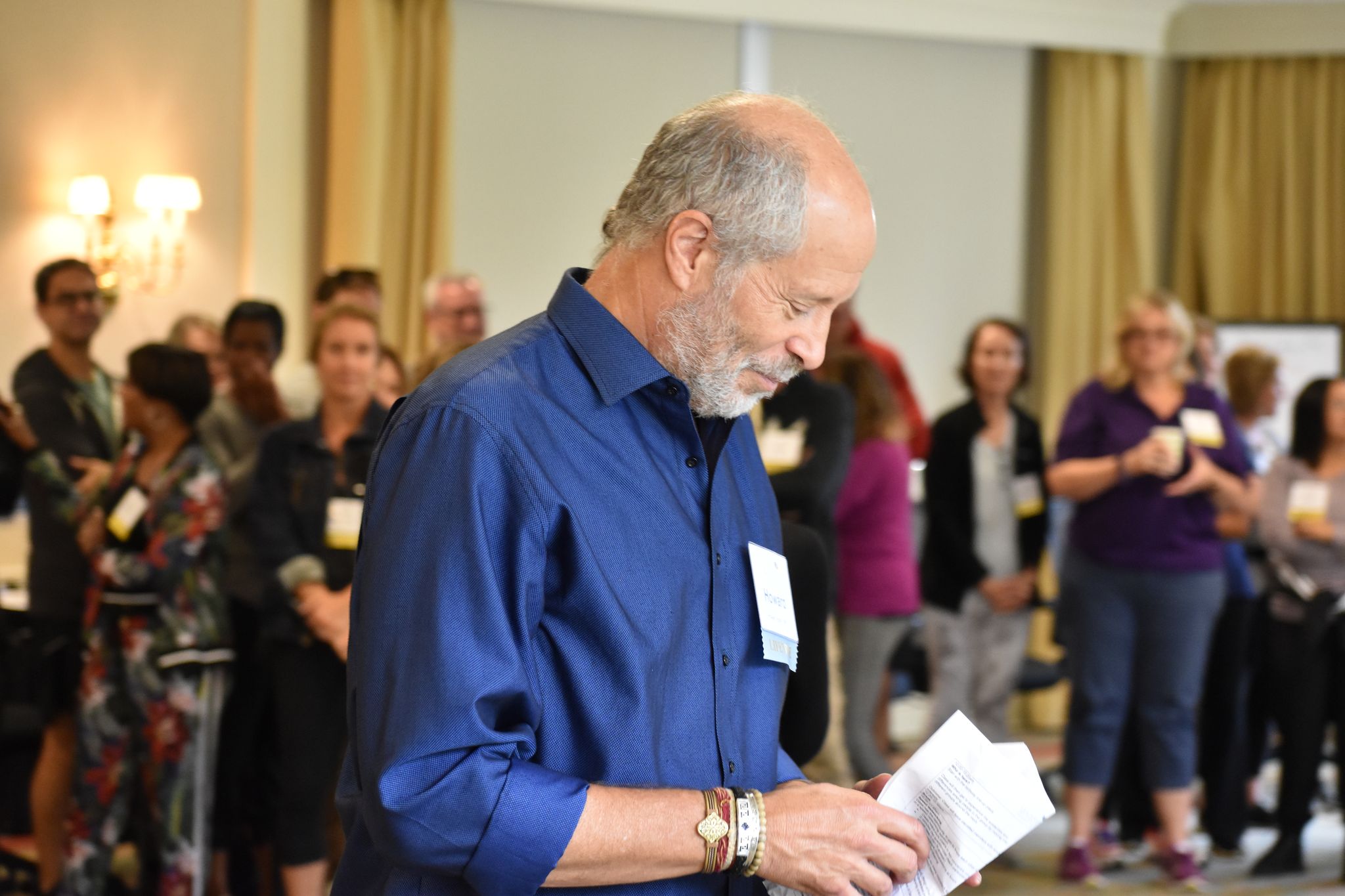