For the August 2019 installment of our Lessons in Leadership series, Linda Rabbitt ('89), the Founder and Chairman of *rand construction, sat down with Richard Bynum ('13), PNC's President for Greater Washington & Virginia for a candid, uplifting conversation covering Linda’s trajectory to leadership, and her triumph over adversity. An influencer in the LGW community, Linda’s name is synonymous with leadership in our region and beyond, she has inspired countless women executives to ask for more in their careers.

Richard asked Linda to expand on what it took to be a woman in a tough industry, at a time when women in executive leadership positions were uncommon. In reply, Linda shared a story from the 80’s, in one sales meeting, a man in a blue polyester suit approached her haughtily and said, "what do you do for *rand construction?" Linda replied, "well sir, I hope I do a lot, because I own the company.” The man walked away abruptly without a word, and Linda continued her walk as a leader undeterred, eventually leading her company to $350 million in sales revenue.

Linda began her career working for LGW leader Stephen Harlan (Founder) at KPMG, in 1981. Linda emphasized the importance of her mentors in the LGW community, such as fellow DC real-estate developer Michele V. Hagans (’88) for helping her on her path to success, instilling in her the confidence needed to excel. Linda credited Michele with initially encouraging her to form her own company.

“I used my (LGW) network to teach me to do things I did not know how to do. I decided to build myself from inside out. I had to have my own true north if I was going to lead anyone else to their true north, and that took a lot of courage.” 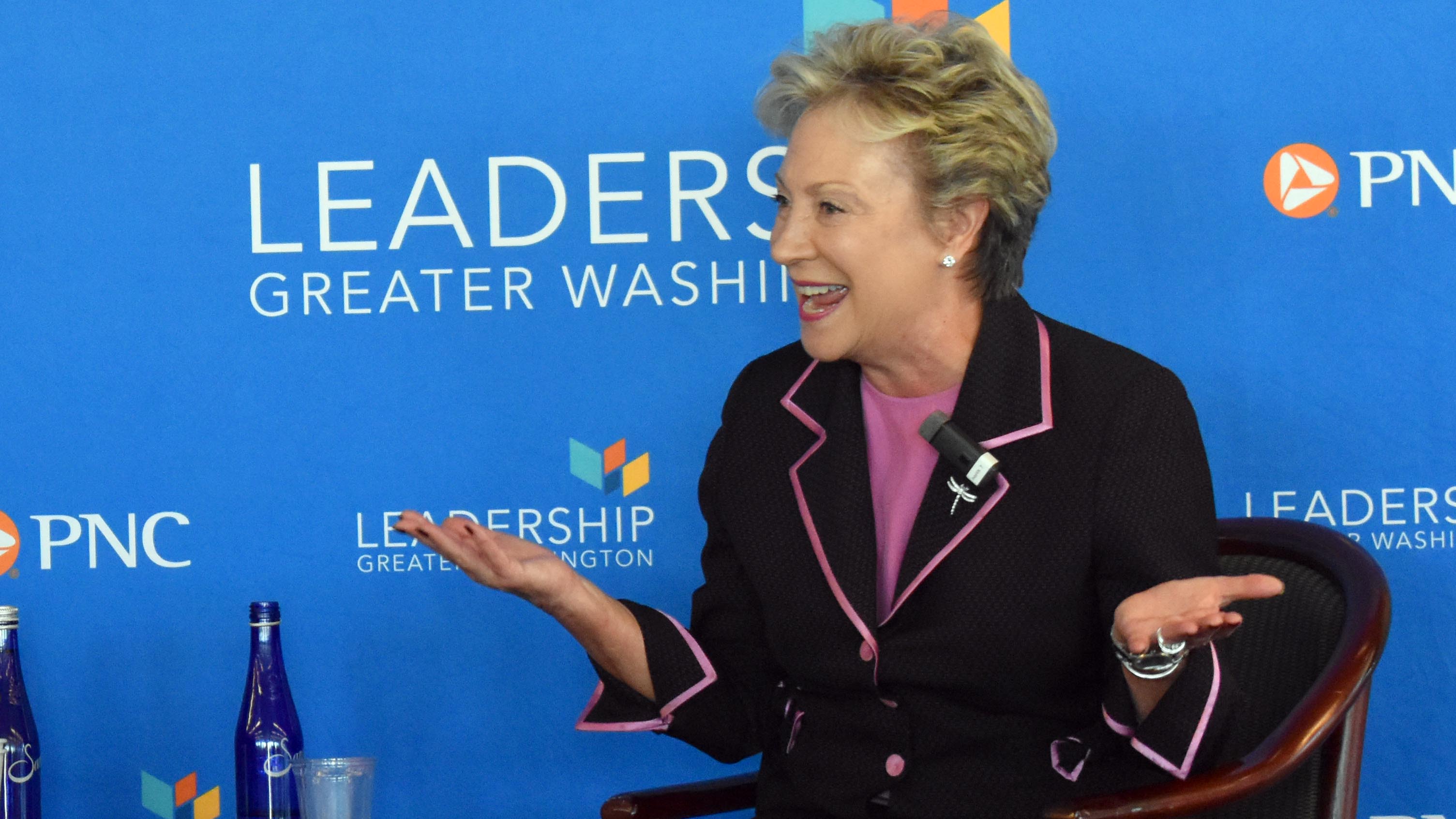