"Through my experience in YLGW ... I hope to persevere towards my goals and help create a better world.”  -Mimi Phan, Academy of the Holy Cross

Youth Leadership Greater Washington provides leadership training to youth leaders while raising their awareness of critical regional issues. Each year, YLGW youth leaders have the opportunity to learn from each other in addition to some of the area’s most important decision-makers about various topics including diversity, health, social action, and leadership. Learn more about the program, from the current participant, Mimi Phan.

“The last four months of being in the YLGW Class of 2018 has been such an honor. When I was first introduced to YLGW, I will admit that I was skeptical. Leadership workshops that I had been to previously were very repetitive, but after participating, I realized that YLGW was so much more. The program really built on top of the leadership skills I had and made them stronger. There is something utterly amazing and magical when you become a part of something much bigger than yourself. I love being able to make friends who have the same interests and goals as I do and to discuss important issues in society.

Just recently, I was given the opportunity to attend Lessons in Leadership featuring David Rubinstein (co-founder and co-executive chairman of The Carlyle Group.) I was so excited when I was told that I could go because it would be such a great experience for me. To be able to see someone who had been in my position grow up to become a very successful businessman inspires me to work hard. I also had the privilege to be in a room full of other inspiring and successful individuals who gave me so much advice on school and life. The lessons that Mr. Rubenstein shared were valuable while he maintained a humble demeanor and personable attitude.

When I stepped into the room on March 2, I was struck with a “WOW” moment by the LGW membership. I was surrounded by so many people whom I recognized from magazines, newspapers, etc. After attending Lessons in Leadership, I felt even more motivated to work hard and achieve success, but not to forget the experiences and those who got me there in the first place. Through my experience from being in the YLGW class and attending Lessons in Leadership, I hope to persevere towards my goals and help create a better world.” 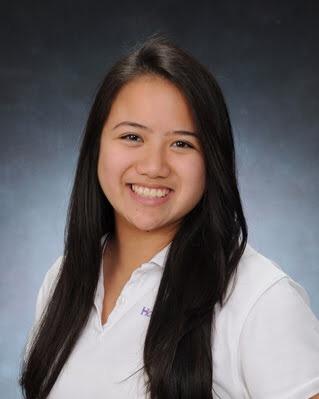