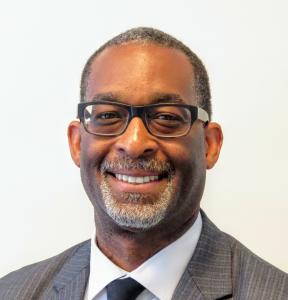 W. Frank Williams, III is a Senior Vice President and serves as Market Executive with Bank of America Merrill Lynch for the Mid-Atlantic region including Washington, DC, Maryland , Virginia and West Virginia. As the regional leader for the Healthcare, Education and Not-for-Profit Group, he manages a team of relationship managers who handle the banking relationships for a large portfolio of nationally recognized not-for-profits organizations, including MedStar, National Geographic, Smithsonian, The Nature Conservancy and Howard University, American Association of American Medical Colleges, and C-SPAN. In addition, he is responsible for business strategy and expansion of new business, coupled with ensuring the viability of existing client relationships. Mr. Williams is also responsible for the coordination with other lines of business within the Bank of America Merrill Lynch enterprise that intersect with the not-for-profit community on a local and national basis.

Prior to accepting his current position at Bank of America Merrill Lynch, Mr. Williams was a Vice President in the Public Finance Group of BB&T Capital Markets in Richmond, Virginia and Washington, DC for four and a half years. As an investment banker, Mr. Williams concentrated in the origination and structuring of fixed and variable rate tax-exempt bond transactions for governmental entities, along with health care and higher education institutions. Prior to joining BB&T Capital Markets, Mr. Williams served an Associate Director at Standard & Poor's Ratings Group in New York City for five years. Mr. Williams analyzed and rated bonds/ lease transactions from across the country, focusing on the Mid-Atlantic Region. Mr. Williams was elected to Phi Beta Kappa and graduated magna cum laude from Howard University.