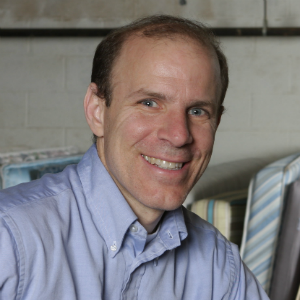 After two decades in the health field, Dr. Mark Bergel founded A Wider Circle in 2001 and emerged over the next decade as a leader in the movement to end poverty. Under Mark’s leadership, A Wider Circle grew every year since its founding and has served more than 300,000 children and adults. It has been described by the Washington Post as “the very best of Washington” and by the Washington Examiner as “the quintessential grassroots movement.”

In 2018, Mark was inducted into both the Montgomery County Human Rights Hall of Fame and the Montgomery County Business Hall of Fame. His efforts have also led to his selection as a Washingtonian of the Year and as one of People Magazine’s “All-Stars Among Us.” He has also received the Cyrus A. Ansary Medal, the Dr. Augustus White III Award for Civic Engagement and Service, the Roscoe R. Nix Distinguished Community Leadership Award, among other recognitions.

In the fall of 2020, after 19 years at the helm of A Wider Circle, Mark co-founded The Shared Humanity Project, with its first major initiative - the National Plan to End Poverty - to be released in 2021.

Mark earned a B.A. from Northwestern University and went on to receive both Masters and Doctoral degrees from American University.