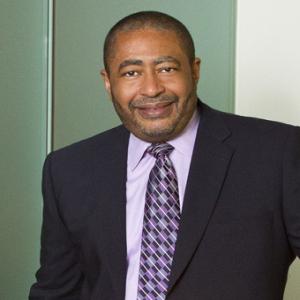 Philip G. Hampton II is a seasoned multi-faceted IP practitioner leveraging almost 40 years of experience. Phil partners with clients on trademark and copyright matters including selection, clearance, prosecution, enforcement and maintenance of their intellectual property and portfolio management, trademark audits, licensing and dispute resolution. Phil’s practice also focuses on patent and trademark litigation, patent and trademark counseling, licensing and merchandising agreements based on patents, trade secrets, transactions related to the transfer of intellectual property pursuant to corporate acquisitions. Phil has also prepared, filed and prosecuted both U.S. and foreign patent applications and prepared opinions regarding patentability, validity and infringement issues. He has also participated in appeals before both the Board of Patent Appeals and Interferences and the Trademark Trial and Appeal Board.

Prior to joining Polsinelli, President Clinton nominated Phil to be the Assistant Commissioner for Trademarks, making him responsible for the Trademarks Office from 1994 – 1998. Phil has devoted much of his time to actively making intellectual property a more inclusive area of the law, mentoring numerous minority and women law students. He is the inaugural recipient of the Diversity in Tech Award presented by the IP Section of the National Bar.

Believing that an attorney must be fully engaged with his or her community, Phil has also been active in numerous educational, political, professional, civic and fraternal activities.  While practicing in New York in 1987, he was chairman of the Independent Judicial Screening Panel for New York County.  In 1990 he was a candidate for the District of Columbia Board of Education and in 1992 he was a Deputy Whip for the Clinton/Gore Campaign at the Democratic National Convention.  Phil has served on the Visiting Committee of his law school alma mater (University of Chicago) and the Intellectual Property Advisory Board of the DePaul Law School.  He has served on the board of the directors and the Executive Committee of the National Bar Association, on the Board of Directors of the American Intellectual Property Law Association, and as chair or co-chair of prominent committees of the IP Section of the American Bar Association.  Currently, Phil serves as general counsel of the Washington Bar Association, the local African-American bar association, and as a member of boards of directors of Leadership Greater Washington and the Council for Court Excellence.  Additionally, Phil served more than 20 years on one of the major boards of his home church, Peoples Congregational United Church of Christ, and as general counsel of the Washington D.C. Alumni Chapter of Kappa Alpha Psi Fraternity, Inc.

In addition to his law degree, Phil holds an S.M and an S.B. in chemical engineering.  But most importantly Phil is married to a saint – Audrey B. Little.  They are now empty-nesters, as Cara and Austin “have flown the coop.”