On December 6, Leadership Greater Washington closed out 2017 with another offering of Member Salons. LGW Members enjoyed a wide range of topics, hosted by talented and diverse LGW leaders throughout the region.

Journalism Meets Engineering
Since the purchase by Jeff Bezos four years ago, the Washington Post has evolved to be both a journalism and engineering company. During a conversation with Bob McCartney ('07) and Ethan Selzer ('17) members examined how this approach has enabled much deeper engagement with readers. Technology has had a profound effect on how the Post both creates and distributes its world-class content to local and increasingly national and international audiences. Guests also recieved an insider's tour of the Post’s new headquarters.

The Other Tour of DC
Back by popular demand, Dr. Mark Bergel ('16) of a Wider Circle, conducted his popular two-hour tour of some of Greater Washington's most impoverished neighborhoods. Tour attendees received an inside view of what has happened and is happening throughout the region. The conversation also dived into how positive change can occur for those in poverty, why it has not happened to date, and where the initial steps can be taken to create this change.

Thank you to our hosts for sharing your skills and passions with our membership. The next batch of Member Salons will be held on February 21. 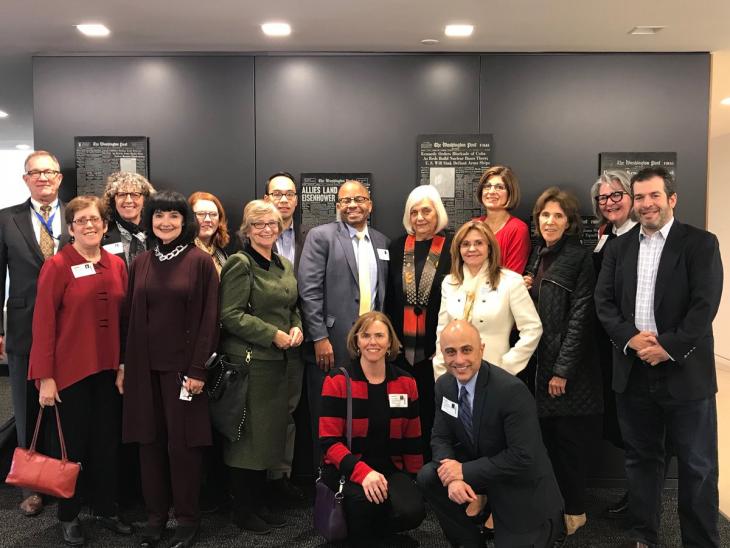