One of the added benefits of belonging to LGW is the chance to take part in the Leadership Exchange. The goal of the exchange is to increase connectivity with leadership groups in other cities, share perspectives, and expand our vision to better equip us to collectively improve our work here at home.

This November, we had the privilege to host Leadership Greater Chicago (LGC) for their 2019 Leadership Exchange. LGC is the premier convener, connector, and mobilizer of bold leaders to effect transformative civic impact across Greater Chicago.

We met with members of Congress, Senators, Presidential speechwriters and thought-leaders at the forefront of advancing bipartisanship in a divided political climate. We enjoyed exclusive gatherings at the Supreme Court, the House, the Senate, the Wharf Phase II development, the Museum of African American History, the Top of the Hay-Adams and much more.

Participants kicked off activities with a Courtroom Lecture at the Supreme Court of the United States followed by a tour of current exhibitions. The evening festivities began with a Welcome Reception at the Wharf Phase II hosted by PN Hoffman. Speakers discussed the vision and economic impact of the next phase of The Wharf neighborhood. 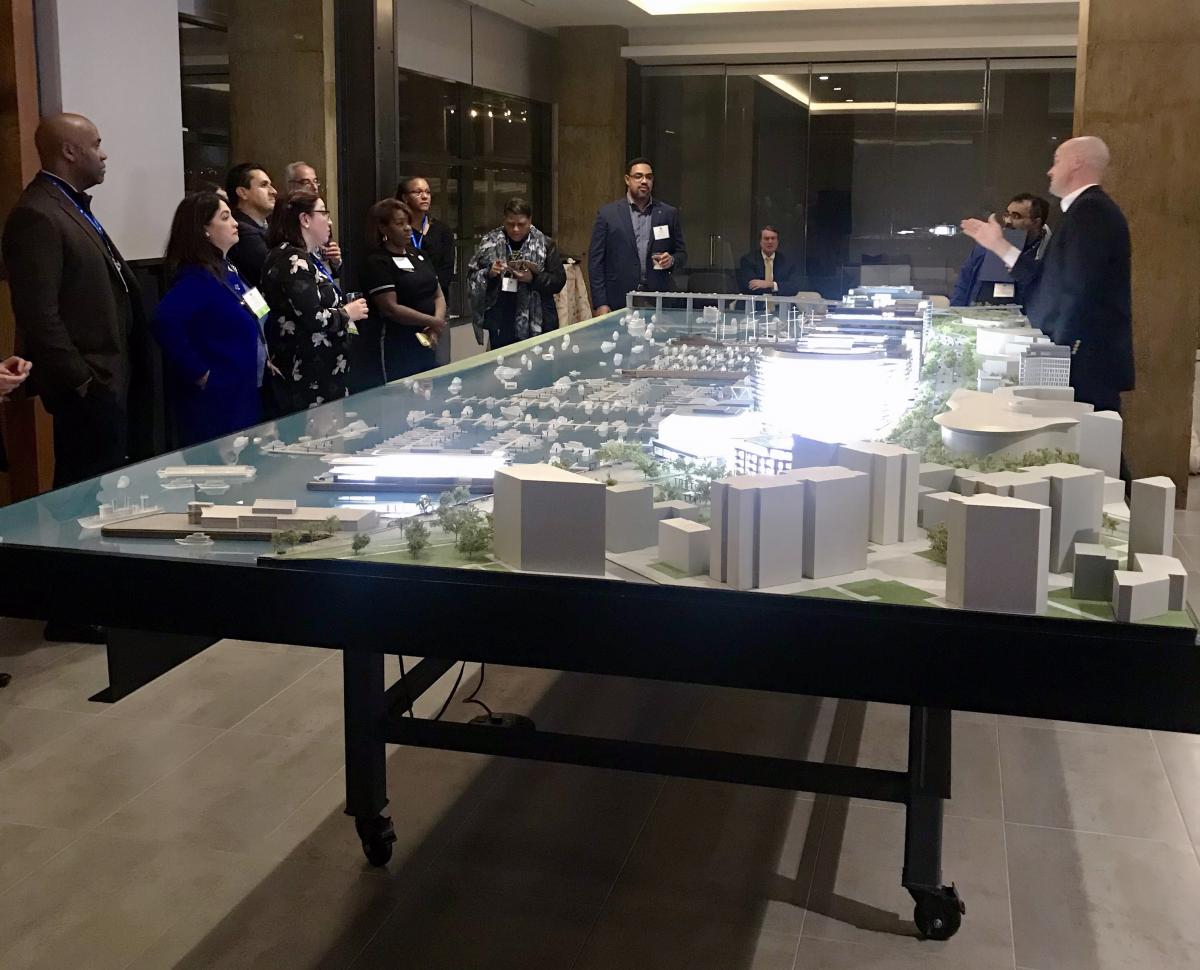 The following morning, attendees convened at the United States Congress for an enlightening, intimate conversation with Illinois Congressmen Sean Casten and Chuy Garcia.

Next up, a private visit with Illinois Senator Tammy Duckworth. Followed by a fireside chat with speechwriters Cody Keenan and John McConnell, moderated by LGC Fellow Ianna Kachoris.

On LGC Fellow Marca Bristo: “because Marca literally dragged herself up the US Cap. I can roll today. As wounded warriors, we didn’t have to fight to get a wheel chair. The larger disability community is different. She helped us fight this fight together.” #lead @LGCChicago pic.twitter.com/6DZPhhLvUN

With @ikachoris and @LGCChicago discussing the power of words with presidential speech writers @codykeenan and @JohnPMcConnell Cody: “every speech should be a story, with a beginning middle and end, placed within the greater context of history.” #greaterpurpose pic.twitter.com/NtQ0agY0Mj

After a splendid lunch at the Top of the Hay-Adams, we were joined by thought leaders Ryan Clancy and Margaret White from No Labels to discuss their innovative approach to bridging the partisan divide. Followed by a talk with Bruce Freed, CPA President and Co-Founder, and University of Chicago alumnus; who led a discussion on groundbreaking strategies to increase disclosure and accountability in political spending.

Speakers Rahsaan Bernard (‘20), Mary Boyle, Vaughn Perry and Erica Poethig (LGC) at @urbaninstitute this AM for the @LGCChicago #leadershipexchange, discussing how the 11th St. Bridge Park will improve quality of life for families east of the Anacostia. #equity #design pic.twitter.com/oUu0rRbeZ2

We closed the week at the Corporation for National and Community Service in conversation with CEO Barbara Stewart and LGW President and CEO Doug Duncan, who discussed ways to foster cost-effective community investments and the benefits of fostering civic engagement through volunteerism. 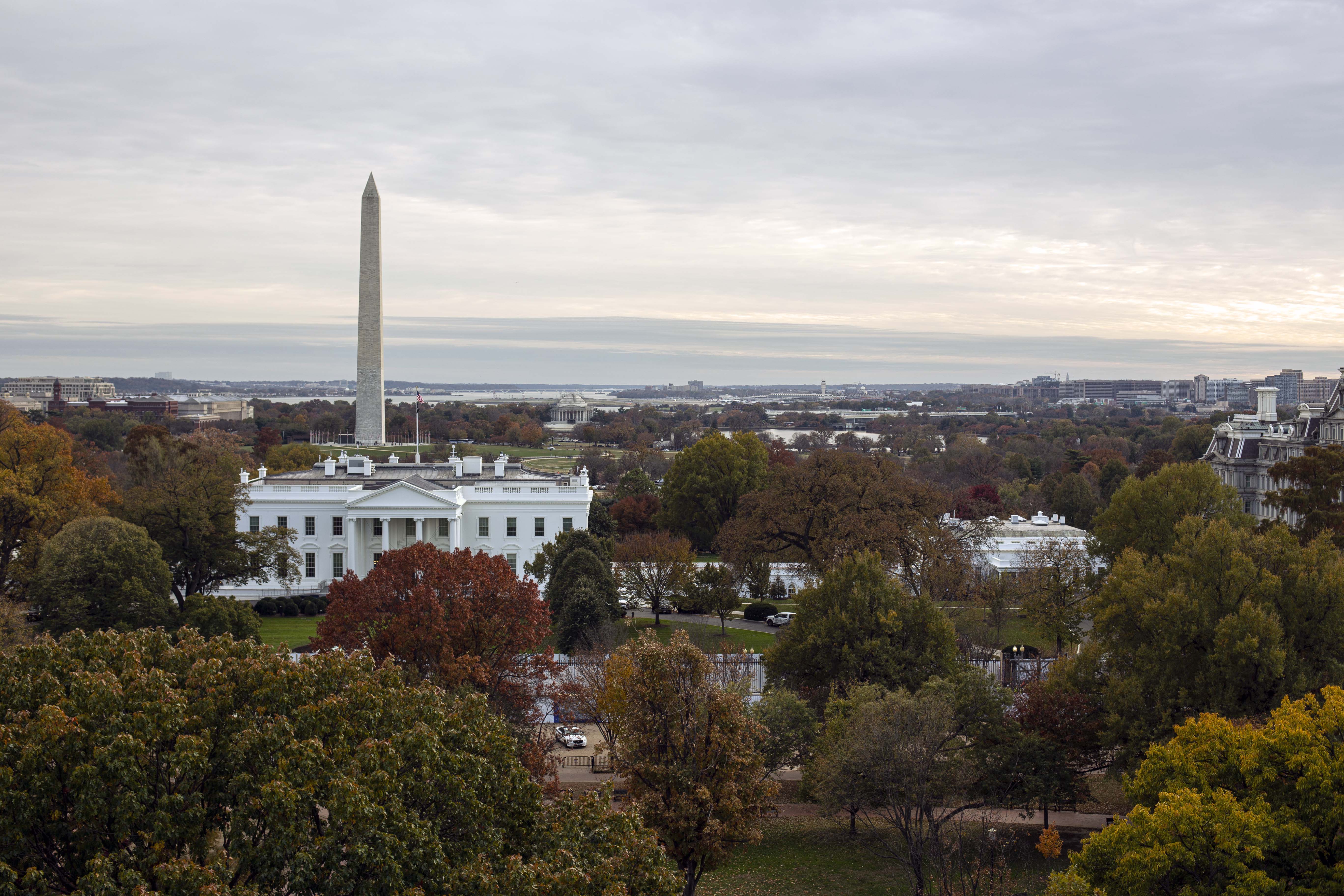