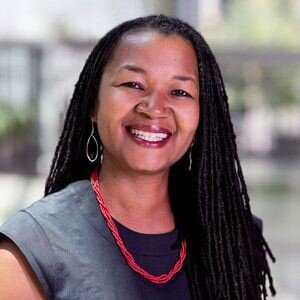 Tonia Wellons is the President & CEO of the Greater Washington Community Foundation, the largest public foundation in the Greater Washington region. Leading an organization with a staff of 30, $335 million in assets under management, and $60 million in annual grants, Tonia oversees the day-to-day business of the organization, serves as chief development officer, and works with the Board of Trustees and staff to determine the strategic priorities of The Community Foundation. Tonia has successfully launched and led programmatic and development efforts for several key initiatives at The Community Foundation, including VoicesDMV, the Resilience Fund, and the Partnership to End Homelessness.

Previously, she served as a political appointee for the Obama Administration as head of global partnerships at the Peace Corps. Tonia was responsible for leading the agency’s relationships with other federal agencies, the private sector, international NGOs, and donors. Tonia previously served as fund manager of a multi-donor initiative focused on financial access and inclusion at the World Bank Group. She also spent a significant part of her career working on USAID-funded capacity development initiatives during the immediate post-apartheid era in South Africa and the broader sub-Sahara region. In 2010, Tonia founded the Prince George’s County Social Innovation Fund (PGCSIF) in an effort to 'shift the narrative' and build social capital in the County.

Tonia has a master’s degree in Public Administration and International Development Policy from the University of Delaware, and a bachelor’s in Political Science from North Carolina A&T State University.